An inquiry was held by the Transportation Safety Board of Canada and recently reported its findings into the accident which occurred at Montreal International Airport in May 2014.

Two pilots and four test engineers were on board an FTV-1 aircraft as it was conducting engine ground runs when the left engine experienced a sudden power loss caused by an uncontained turbine rotor failure.

A large burning turbine disk fragment tore through the wing of the CS100 following the engine explosion, investigators found.

The fragment penetrated the lower carbon composite skin of the left wing, and travelled through the centre fuel tank before lodging in the upper skin.

The investigation report found that, at the time of the accident, the aircraft had been loaded with 10,648kg of fuel, of which 5,540kg was located in the centre tank.

The debris penetrated the tank just outboard of the fuel level, and passed through the unfilled space in the tank, which had been kept in a reduced-flammability state using nitrogen-enriched air generated by the inerting system.

While the engine explosion caused substantial damage to the airframe, the inquiry concluded that the fuel tank inerting system – which was designed and supplied by Parker Aerospace, containing Porvair's inerting filter – had played a key preventative role by offsetting greater fire damage.

The inquiry noted: “Flames from this disk fragment died out on their own within minutes and without any further consequences.

“The absence of any large-scale traces of fire demonstrates that the FTIS functioned as designed during this occurrence.”

The elimination of flammable fuel vapours in commercial aircraft fuel tanks is a top airworthiness priority.

Lightweight onboard aircraft fuel tank inerting systems address this issue and can easily be fitted within existing aircraft designs.

They work to reduce oxygen from its source of engine bleed air, delivering nitrogen-enriched air into the aircraft fuel tanks and reducing the risk of fuel tank flammability.

At the heart of the system, the Porvair filter ensures that the source of engine bleed air delivered to the sensitive air separation modules is free from both liquid and particulate contamination.

Porvair's Aerospace Market Manager, Andy Cowan, said: “This incident illustrates the necessity of fuel tank inerting systems which reduce the chance of fuel tanks igniting as a result of an in-tank ignition source.

“That the Transportation Safety Board found no large-scale traces of fire following the CS100 accident demonstrates just how successfully the system acted in this instance to contain the problem, displacing oxygen, reducing the risk of fuel tank explosion and improving overall aircraft safety.

“Custom-designed to meet the exact specifications of each application and using the latest technologies available, our fuel tank inerting filters set new standards for safety, reliability and maintainability, in turn lowering long-term costs.” 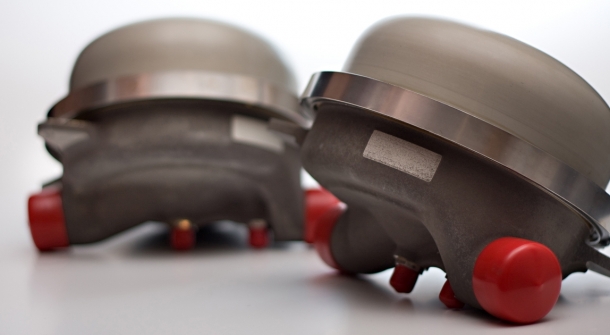 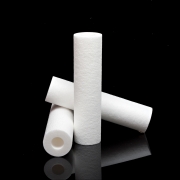 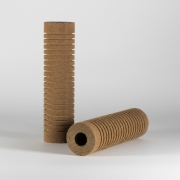