The Queen’s Award was publicly conferred on Porvair back in April, coinciding with Her Majesty’s birthday.

However, a further presentation by the Lord-Lieutenant of Hampshire, Nigel Atkinson Esq. – HM The Queen’s local representative – took place this week at Porvair’s Head Office in Concorde Close, Segensworth, where the company’s Managing Director, Tom Liddell, was delighted to receive it.

The Lord-Lieutenant presented a Grant of Appointment and specially engraved crystal bowl to Mr Liddell, which will now be proudly displayed by the filtration specialist.

Porvair representatives were also honoured to attend a special winners’ reception at Buckingham Palace in July, held in honour of UK companies who have shown exceptional success in their field.

The Queen’s Awards for Enterprise provide an opportunity to celebrate and encourage excellence in UK business. Given only to companies or individuals who are outstanding in their field, they recognise achievements across three categories: international trade, sustainable development, and innovation.

Each category has a separate judging panel which makes a recommendation to the Prime Minister’s Advisory Committee. The committee then makes a final recommendation to Her Majesty The Queen, who decides the winners.

Porvair was recognised for its substantial growth in overseas business, achieving increased year-on-year growth in sales of exported products over the past three years. Since 2011, the company has seen its export sales rise by 140 per cent, amounting to 69 per cent of its total sales from its UK operations.

The significant increase in export has been due to the company’s success in markets such as coal gasification in Asia, Bioscience and Nuclear in the USA and general industrial process filtration in Europe.

The Group’s top export markets have been identified as USA, India, South Korea and Germany.

Porvair’s Managing Director, Tom Liddell said: “It’s been a fantastic couple of years for Porvair, and the Queen’s Award has undoubtedly been the icing on the cake.

“The business has seen a significant appetite for its UK-manufactured products in recent times, and our strong export sales have reflected that, bringing us to the attention of the Queen’s Award judges.

“To receive ongoing royal recognition of our performance has been exceptionally rewarding – from the initial media announcement, to our attendance at Buckingham Palace, and now this further presentation from Hampshire’s Lord-Lieutenant.

“Our hard-working staff have also been granted permission to use the prestigious Queen’s Award emblem for the next five years, which has been another pleasing aspect of the recognition.

“The Award has already served to enhance our reputation at home and overseas, and we believe it will continue to do so, helping to put UK expertise on the map.”

Porvair Filtration Group – which has supplied the aerospace, nuclear, energy, process and bioscience industries with performance-driven filtration equipment for over 50 years – manufactures in both the UK and USA and has an extensive network of sales offices and distribution channels throughout the world. 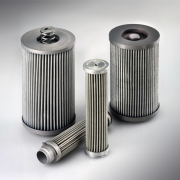 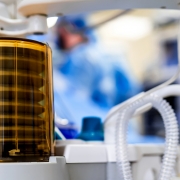 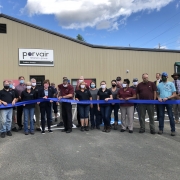